The Roanoke Redevelopment and Housing Authority (RRHA) was established in 1949 by a resolution of Roanoke City Council legally creating, within the City of Roanoke, an independent political subdivision of the Commonwealth of Virginia.

RRHA has a seven member Board of Commissioners that is appointed by Roanoke City Council. The Board is responsible for hiring the Executive Director and voting on significant policy and fiscal matters for RRHA. RRHA, as is the case with most public housing agencies, can in layman’s terms be described as an independent arm of local government. RRHA is not under the direct management of the City of Roanoke and operates under its own policies and procedures subject to laws for public housing agencies and the Department of Housing and Urban Development, which funds RRHA for its public housing and housing choice voucher (Section 8) programs. RRHA has several powers vested under Title 36 of the Code of Virginia.

RRHA was created in accordance with the passing of the Housing Act of 1949 by Congress. The bill was known as the Taft Ellender Wagner Act, named after its bi-partisan sponsors. The Act followed the 1937 Act that codified the creation of public housing. The 1949 Act expanded the Federal Government’s involvement in the housing market through mortgage insurance, financing and provided greater legislative powers and funding for states and localities to build public housing. The Act was part of President Harry Truman’s Fair Deal and in a policy statement Truman noted the short supply of housing, the rising costs of materials and the specific directive of the federal government to fund and facilitate public housing:

“The number of low rent public housing units provided for in the legislation should be increased to 1 million units in the next 7 years. Even this number of units will not begin to meet our need for new housing.”

Thus, RRHA was created at this time of bi-partisan support for the government to play a significant role with public housing, “slum clearance” and redeveloping urban areas. Support for public housing was not however overwhelmingly bi-partisan across the country and in Roanoke there was disagreement over its establishment. Nonetheless, in October, 1949 RRHA became organized to transact business and City Council approved RRHA’s application for a preliminary loan to develop 900 units of low-rent housing. A year later, RRHA’s first Executive Director, Richard Beck, was hired, and by 1952 the Lincoln Terrace and Lansdowne Park public housing developments were completed. These two developments were the first public housing in Roanoke and were nearly identical in their design and construction. As was the racially segregated norms of the time, Lansdowne was designated for whites only, and Lincoln for African-Americans. The City had little other ethnic or racial diversity at the time, though an impactful Lebanese population was well established by this time (This stands in stark contrast to RRHA’s resident population now as numerous nationalities and different languages are represented, and RRHA frequently relies on translation services). Redlining and restrictive covenants, both illegal now, were common tools used at that time to segregate people in real estate transactions.

Lansdowne Park was built on the former Horton farm land that was a gift to the City, while Lincoln was a more typical “slum clearance” redevelopment as the land was acquired via eminent domain and older homes were razed. The process of Lincoln Terrace’s development was foreshadowing of much of what RRHA would engage in over the next several decades.

RRHA continued to develop new public housing, often through acquisition of property via eminent domain and clearance of older neighborhoods. By the end of the 1970s RRHA’s current public housing inventory was complete. Since that time one development, Hurt Park, has been razed and replaced with low-income housing tax credit (LIHTC) units which RRHA is part owner of and manages, renting to low-income families. Lincoln Terrace was revitalized with a HUD HOPE VI grant acquired in 2001 and rebranded as “The Villages at Lincoln.” Otherwise, all of RRHA’s public housing remains intact.

A key feature of the HOPE VI grant at Lincoln was the requirement that all residents enroll in the Family Self-Sufficiency (FSS) program with RRHA’s Resident Services Department. RRHA is not required to have an FSS program, but has maintained one and also regularly receives Resident Opportunities for Self-Sufficiency (ROSS) grants from HUD. FSS staff work one on one with residents and provide valuable resources and information from community partner agencies and others to help them advance economically, professionally and personally. RRHA was one of only 9 public housing agencies to receive HUD’s initial Jobs Plus grant in 2015, and has recently been awarded with another one. Thus, while public housing originated as simply a brick and mortar program, over time RRHA has created more opportunities to help residents advance themselves in a variety of ways.

RRHA has had a significant role in the City’s redevelopment efforts, and that continues today though it is now only a tiny portion of our operation. RRHA’s redevelopment role is specifically defined in the Code of Virginia, but can be summarized as the acquisition agent for the City in designated redevelopment areas, including the powers of eminent domain. RRHA has carried out several urban renewal grants from HUD, which became synonymous with an abuse of government powers and systemic racism for many Roanokers. A list of the projects RRHA was a part of reveals major commercial endeavors, such as the Roanoke Civic Center, that was however made possible by the destruction of an older African-American neighborhood.

While urban renewal continues to be a painful part of RRHA and the City’s history, RRHA contributed on several other redevelopment projects that have created enormous economic gains for the Roanoke Valley without displacing residents. In 1990 RRHA acquired and transferred the property to facilitate development of the City’s largest building at 10 Jefferson Street, SE (currently the Wells Fargo building). Just across the railroad tracks later that decade RRHA was involved in the renovation of the $42 million Hotel Roanoke and Conference Center through the leasing of land to Hotel Roanoke for the new 63,000 square foot Conference Center adjacent to the Hotel. Additionally, RRHA converted the historic Norfolk and Southern office building in downtown Roanoke into a unique apartment building listed on the National Historic Register using historic tax credits. This development tested the market and sparked a downtown housing boom that continues today.

In 2001 RRHA and the City began the South Jefferson Redevelopment area, which continues to develop today via the Virgina Tech Carilion Medical School and is the most significant economic development initiative in the City this century.

RRHA currently owns and operates 1,285 units of public housing and administers approximately 2,067 Section 8 Housing Choice Vouchers throughout the Roanoke Valley. RRHA also owns or is a partner in four affordable housing LIHTC developments. RRHA is part of the Roanoke Neighborhood Revitalization Partnership, a group of housing and community development agencies that work together with the City of Roanoke to revitalize City neighborhoods.

RRHA received a Choice Neighborhoods planning grant in 2012 for Lansdowne and Melrose Towers and worked with the residents and Loudon-Melrose community to create a plan to redevelop Lansdowne and renovate Melrose Towers. After evaluating several options, RRHA decided that it was not in the community’s best interests to pursue razing and redeveloping Lansdowne, or using the Rental Assistance Demonstration (RAD) to convert it to public-private ownership. While the housing changes stated in the plan have not been implemented, some Resident Services action items have advanced and RRHA was designated an Envision Center demonstration site in 2019, which is at the Central Office by Lansdowne.

RRHA has chosen thus far not to pursue RAD or other conversion options of its public housing stock, though HUD has been promoting and amending that program with notable success since 2012. In doing so, RRHA has chosen not to pursue a strategy that poses risks to the financial health of the agency and its residents. However, RAD and/or other grant opportunities may offer sound financial and quality of life alternatives in the future for our residents, and RRHA is open to exploring such options.

Unlike many public housing agencies, RRHA’s inventory, though dated, remains up to code and fully occupied aside from routine turnover maintenance. Annual financial audits over the past decade reveal RRHA’s sound fiscal position and stable management. RRHA has been designated with high performer status by HUD in public housing and Section 8 for over five years.  RRHA has been using project-based vouchers in LIHTC units that we own or co-own, and we are open to finding new creative ways to provide affordable housing in the Roanoke Valley, including working with our neighboring localities.

In many respects we are at a period in time in the 2020s where the housing market faces the same problems it did in 1949 when RRHA was created and President Truman stated the need for the government to provide resources for affordable housing. Rising building costs and a lack of supply are posing challenges for all investors in the housing market across the country and in Roanoke. Affordable housing is now more than ever a crisis for millions of Americans. Long waiting lists for public housing and Section 8 vouchers have been the norm for years, though as recently as 15 years ago our occupancy averaged only around 85 to 90% each year. RRHA is poised to address these challenges and work with our numerous community partners to provide the best housing and resident services possible for those with the greatest need. 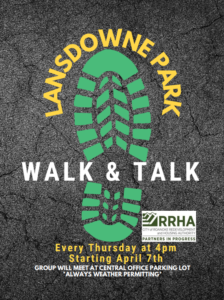 Made with ♥ by Multimedia Marketing Group